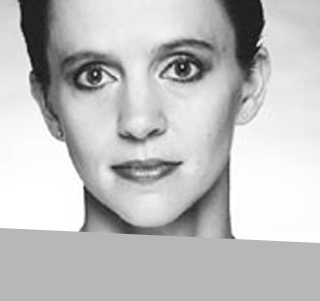 There is no substitute for the maturity, artistry and skilled focus that a seasoned performer brings to a role. During her 15 year history dancing professionally in Augusta, Bon Ellis was truly such a dancer. She represented the very essence of a romantic dancer with her exquisite classical line and ethereal style. She illustrated both on-stage and off the beauty and discipline inherent in the highest standards of dance.

Bon began her dance training with Sallie Carlson, founder of the Augusta Civic Ballet, as one of the Company’s youngest members. Continuing her studies with Ron Colton, she became known as a lyrical and poignant performer receiving national critical notice as a soloist in Augusta’s first SERBA Gala performance of Duncan Noble’s Symphony 13. While attending the North Carolina School of the Arts as a merit scholarship student, Bon spent her summers studying with the School of American Ballet, the Joffrey School, the Atlanta Ballet and the Twyla Tharp Workshop. After graduating with a bachelor’s degree in philosophy from the State University of New York at Stony Brook, Bon opened her own dance studio in Albany, NY where she performed with a theater/jazz group.

Several of her most notable roles include Myrta in Giselle, Incident at Blackbriar, Hearth of Embers, Cranes, the Dewdrop Fairy in The Nutcracker and Carmen in Peter Powlus’ Carmen. Bon originated the role of the ill-fated Lucy in Peter Powlus’ Dracula and Lady de Winter in The Three Musketeers. She also appeared in Augusta Opera productions of The King and I, My Fair Lady, Carousel, and The Merry Widow. Since 1985, Bon has been a teacher and the business administrator of the Colton Ballet School. She also serves as Business Administrator and Ballet Mistress for Colton Ballet Company.